Tuesday the 14th of July was a massive day for the Australian Republican movement. A collection of 212 letters of correspondence between Governor General Sir John Kerr and the Queen’s private secretary during the Whitlam era which were previously classified under royal decree finally became publically available. 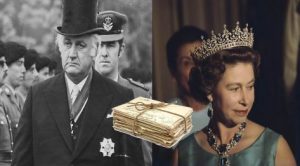 The letters were released thanks to the efforts of Professor Jenny Hocking and her legal team taking a case against the National Archives of Australia all the way to the High Court, where they won their decision in a 6 to 1 majority.

On the day of the release after having spent years advocating for royal secrecy the Director-General of the National Archives of Australia David Fricker actually had the audacity to claim the decision as a victory and even attempted to control the narrative with his own presentation of his findings prior to the release of the letters.

And whilst the 11am public release was delayed as the website of the National Archives immediately crashed under the huge volume of Australians wanting a first glimpse view of the letters, 30 minutes before the letters were even publically available the monarchy favouring narrative was already being spun and tweeted, with the establishment’s primary finding visible in the next day’s paper. 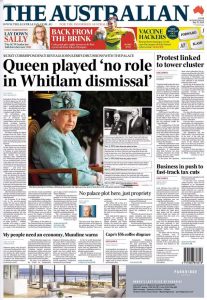 “Queen played ‘no role’ in Whitlam dismissal.” What a load of garbage.

This claim was all based off a single paragraph in a letter sent by Kerr on the day of the Whitlam dismissal, where he writes that he had taken the step of dismissal without informing the palace in advance; and this is all the proof they have of their claim.

However what the letters really reveal is that prior to Whitlam’s dismissal Kerr had been in constant communication with the Queen’s private secretary for months clarifying the extent of the reserve powers possessed by a governor general, and confirming that he indeed did have the capacity to dismiss the government if necessary. The palace secretary himself, on behalf of the Queen confirmed these powers.

So if the Queen really didn’t have any knowledge, then surely she wouldn’t have been surprised in the slighted as they had been discussing the possibility of a dismissal for months prior.

But what is truly significant about the Palace Letters is that once again they will shine a public spotlight on the position of the governor general; an institution which enables foreign powers to dismiss democratically elected Australian governments.

I used the plural of powers, because let us not forget the other significant foreign power behind Whitlam’s political assassination, the Americans.

With Australia’s opposition to the Vietnam war, emerging evidence of American intelligence drug smuggling operations through fronts such as the Nugan Hand Bank, and rising contentions over the American military base Pine Gap Imperial Washington had begun to see Whitlam’s Australian government as a threat to American interests.

The Americans had even sent their man Marshall Green to serve as US ambassador to Australia. Green was notorious within the Deep State as being Washington’s Coup-Master, as he had also served as US ambassador to Indonesia during the transition to Suharto. 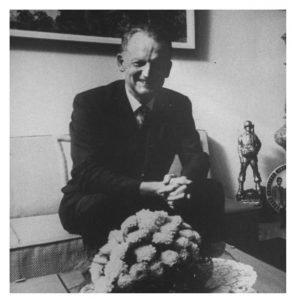 Governor General Kerr himself was a prominent member of the Australian Association for Cultural Freedom, which was later revealed as a CIA front group for political subversion in Australia.

It is evident that the CIA, MI6 and ASIO were all conspiring against the Australian government. The institution of the Governor General was the mechanism which enabled their success.

The dismissal of 1975 was not simply a change of political parties, but rather it was a bloodless coup de tat, the ousting of Australia’s elected leaders at the behest of foreign powers. In 1932 NSW Premiere Jack Lang had suffered a similar fate when he had decided to default on interest repayments to British bondholders. In response over 300,000 people gathered in Sydney’s Moore Park to protest the injustice. 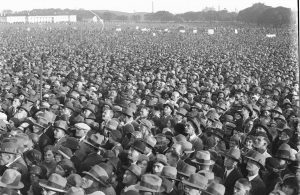 Unfortunately today the same structures that enabled these foreign dismissals continue to exist. It is as if every Australian government has an axe floating above its head, keeping our leaders in line beholden to foreign powers. With the axe ready to fall at a moments notice whenever Australia’s political leaders even attempt to contemplate national sovereignty.

We must recognise that the original Australian constitution of 1901 was written and designed by the British to ensure that no Australian government could ever successfully challenge the will of Imperial England.

The institution of the Governor General was established as a mechanism of colonial control, a fail-safe enabling foreign powers to remove our democratically elected officials whenever our leaders attempted to assert our national independence.

The form that this new republic will take I am not yet certain of, however I do believe that the push for a new constitution and a bill of rights will become the most significant political and philosophical debate of modern Australia.

In the word’s of Gough Whitlam, “Well may we say God save the Queen, because nothing will save the Governor General.”